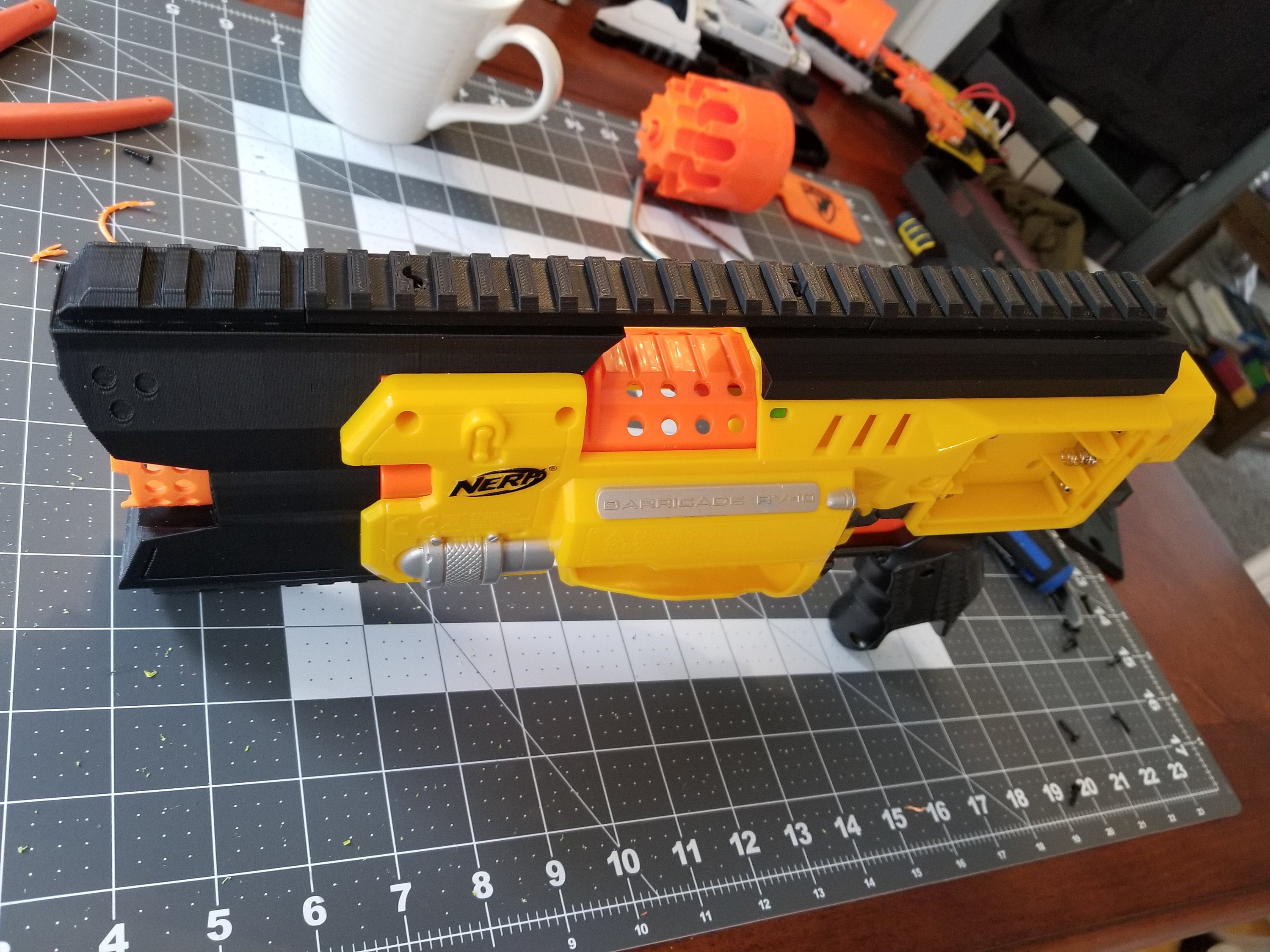 Want to know how to install your new Tacticade or Deltacade Mod Kit for your Nerf Barricade or Stockade?  Here you will find everything you will need to know! 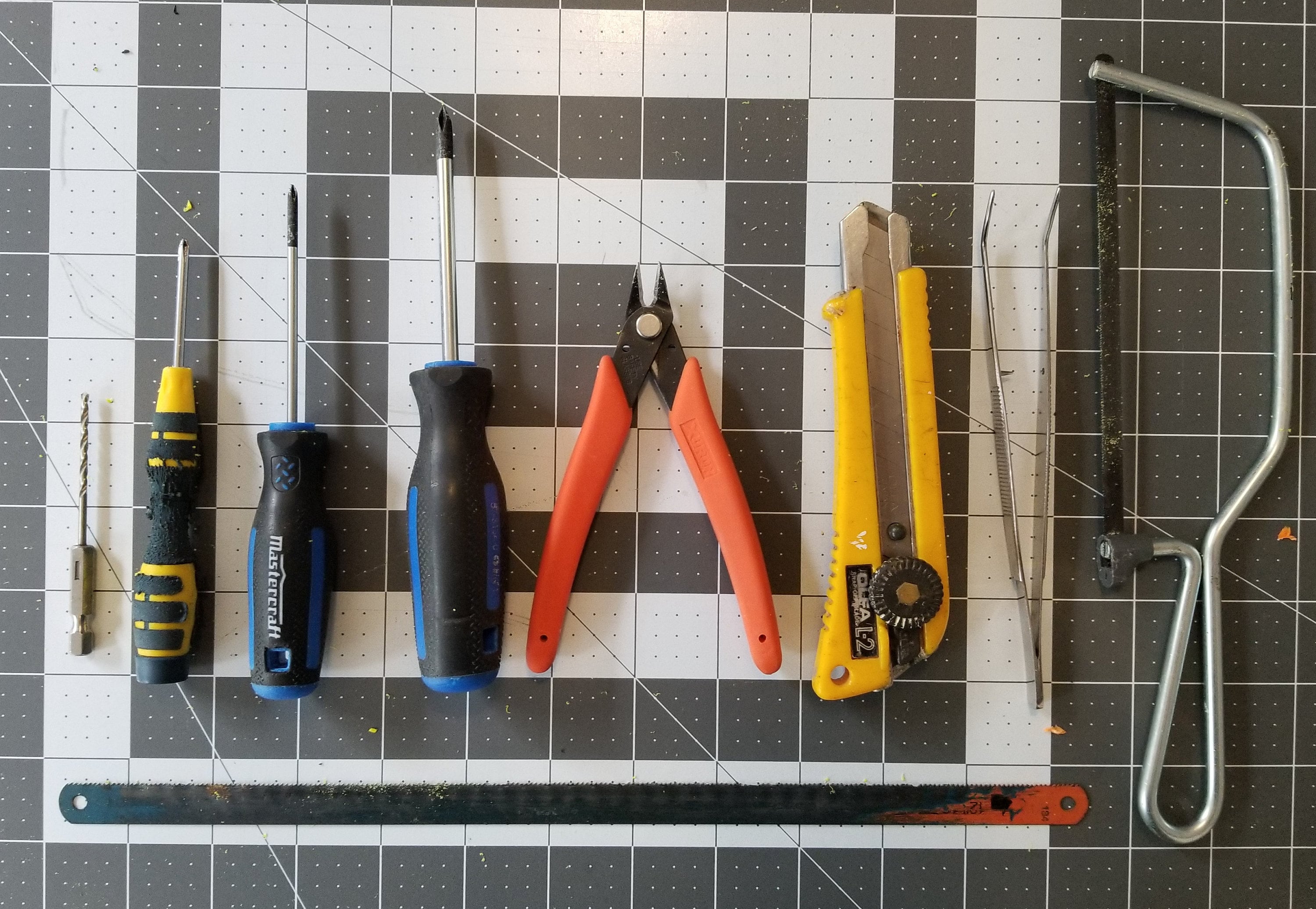 In order to install the Tacticade kit you will have to cut your blaster.  The first piece to install is the Rear.  This slides over the existing Nerf tactical rail.  Clip out and remove the rail stops shown in the red circles.  There are two on each side.  Cut the rail at the red lines.  You will have to cut the end of the blaster rail at the green line.  Plastic cutters work really well for this. Test the fit of the Rear Rail over the nerf rails.  The fit should be snug and the back end of the Rear Rail should be flush with the back of the blaster.  If it is not flush then trim the blaster rail.  Once the fit confirmed then remove the Rear Rail from the blaster. 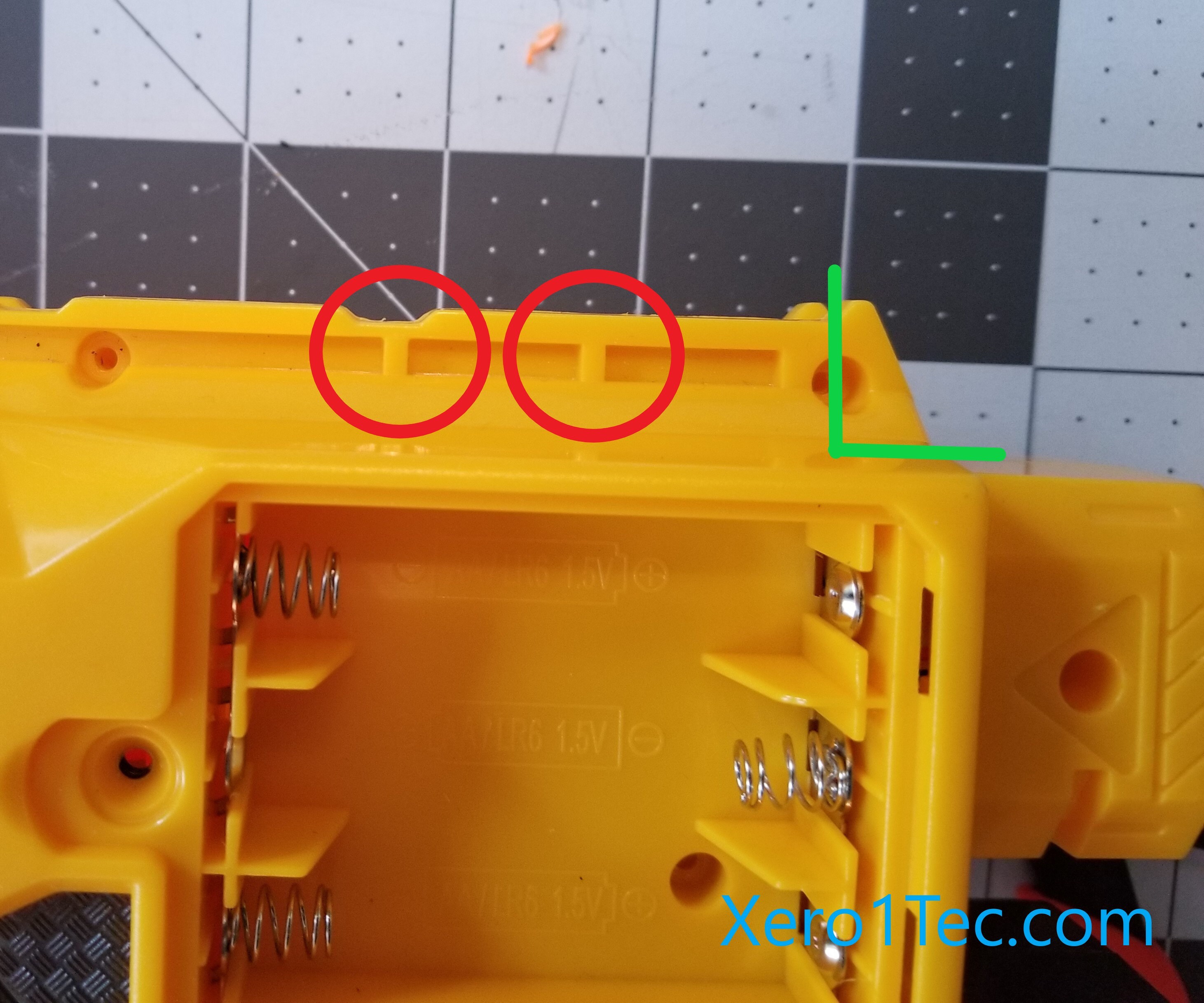 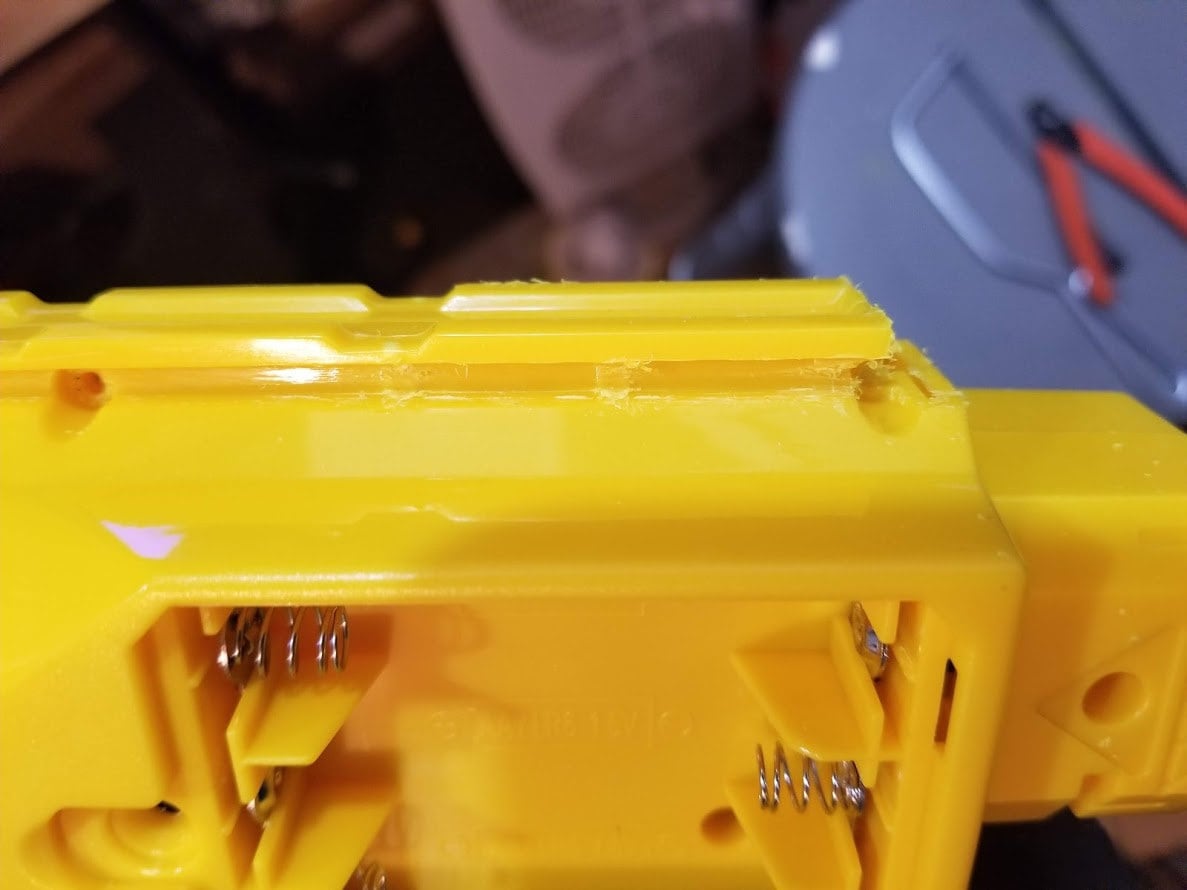 Next you will have to remove the shell screws.  Once the screws are removed, you can open up your blaster. 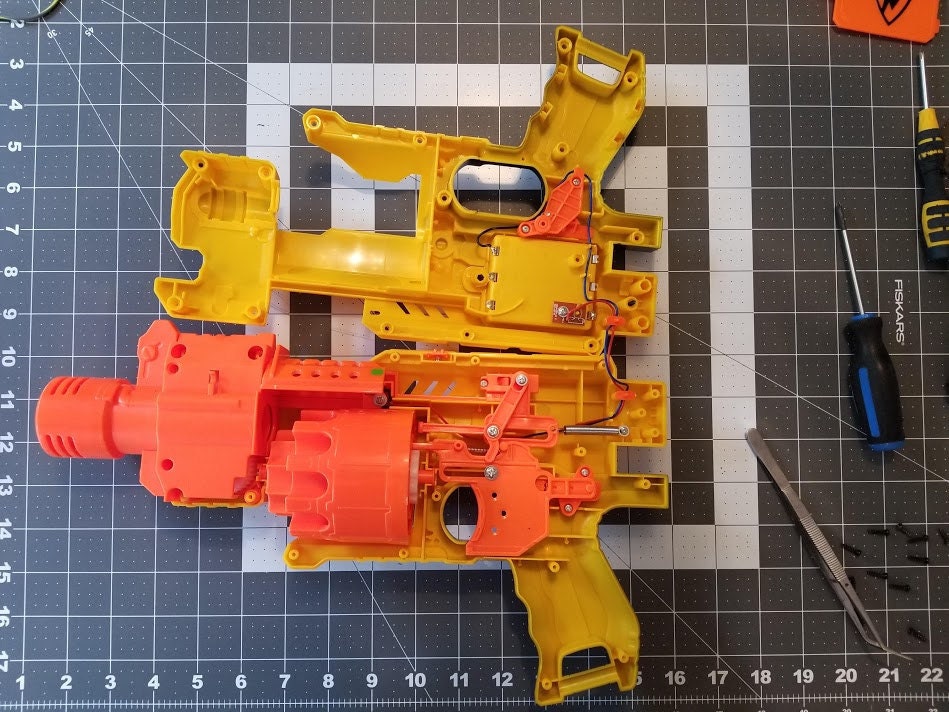 Next, remove the covered flywheel cage from the blaster.  There are three screws that hold the assembly in place.  The wire guard will have to be removed.    The cage covers are solvent welded together at lower left protrusion.  Not an issue as you will have to cut the guard at the green line.  Once the guard is split apart then remove the barrel and cut the pieces at the yellow line. 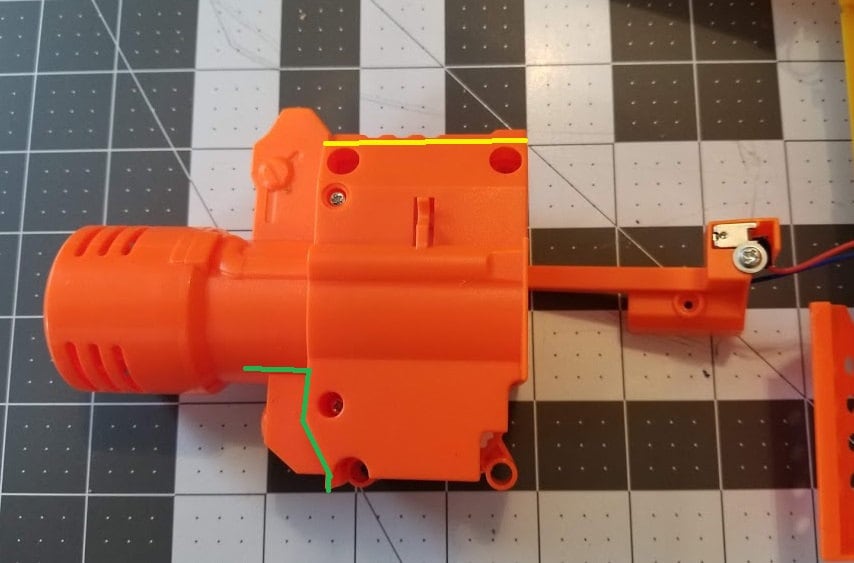 Once the cuts are made and the blaster is fit back together, it will look the like the picture below: 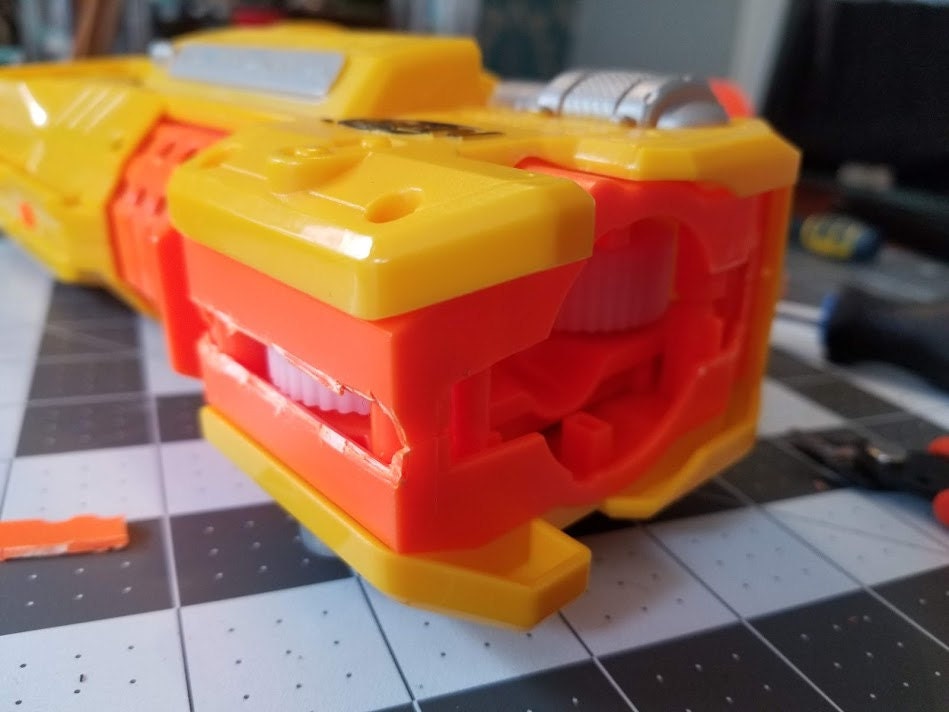 Open the blaster back up and and place in the Front End into the blaster.  The tolerances are close with design so the fit will be snug.  Do not force the Front End into place but it may require some flexing of the shell to get the parts to line up.  The latest edition of the kits has a brace just forward of the top flywheel.  This cage guard will need to be trimmed to allow room for the brace. 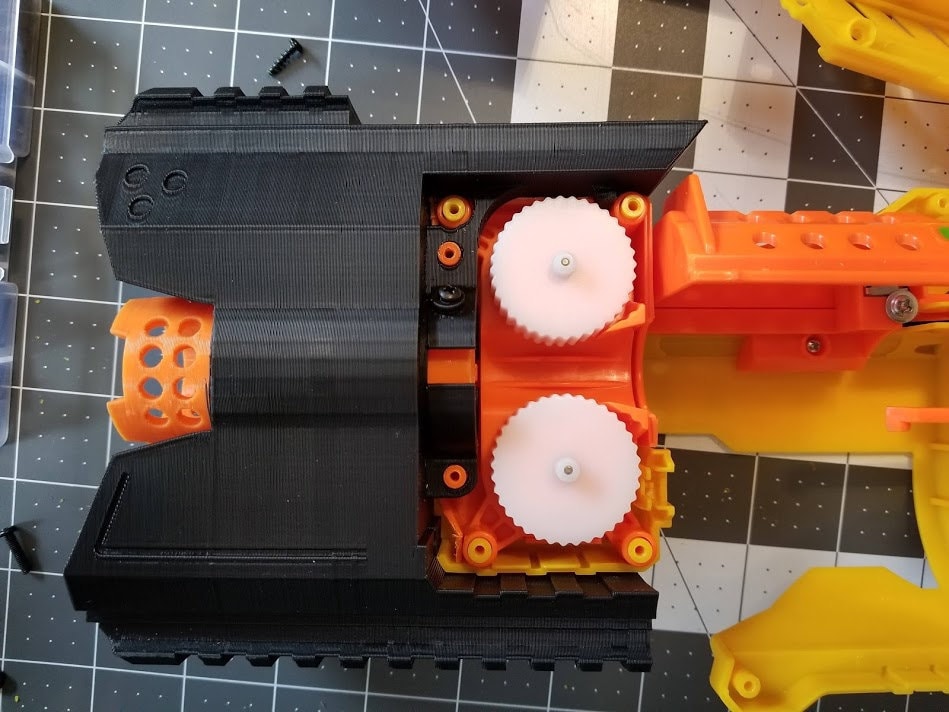 On the bottom rail of the front end an M3 screw and nut is installed.  These will need to be removed.  Use a drill bit to make a hole in the shell at this point. See picture below. 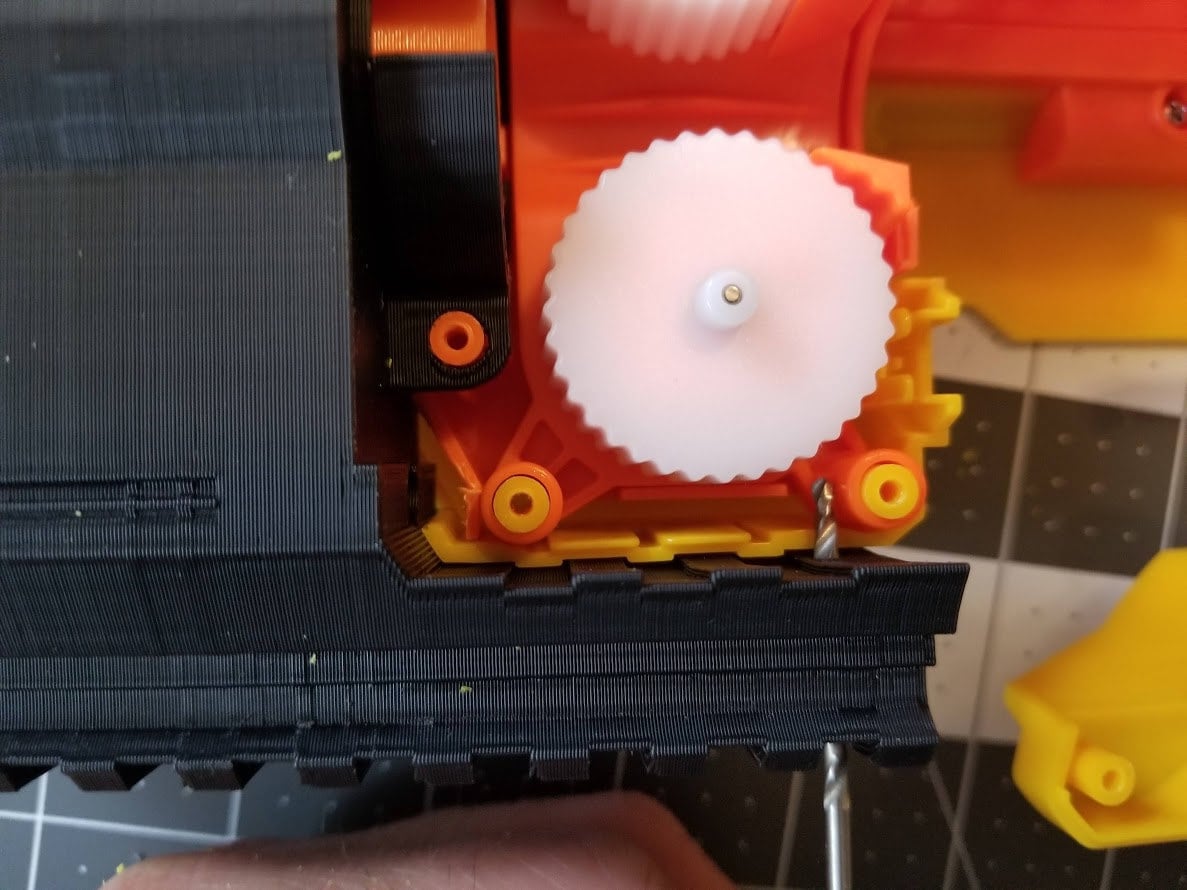 Next assemble Top Rail to the Rear using provided screw and nut.  It may be easier to hold upside down while starting screw. 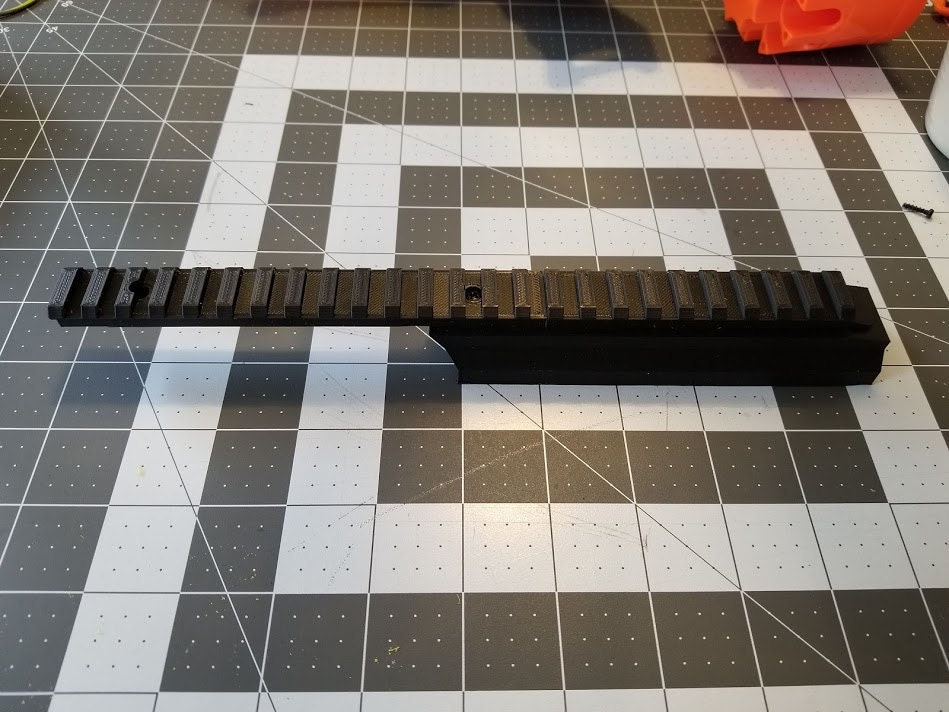 Once the screw is tightened slide assembly over the Nerf Tac Rail on the rear of the blaster. 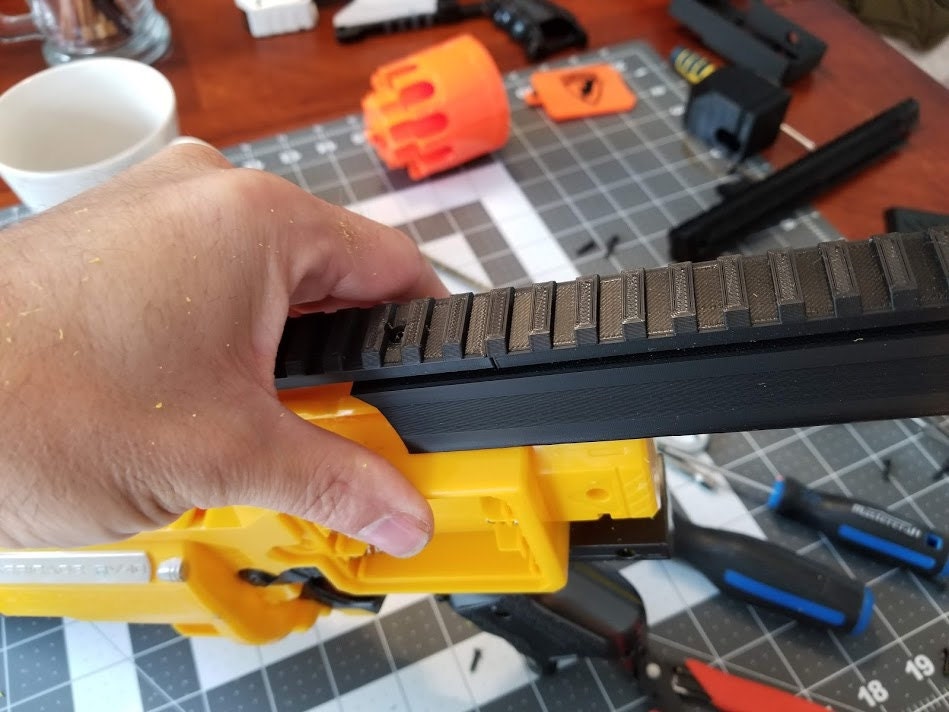 Once the Top Rail and Rear Rail are slid into place, secure into place using the M3 screw provided.  Do not over tighten.  As a reminder, the Rear Rail will not fit over off-brand Barricades.

Ensure all the shell screws are snug.  That concludes the assembly of a Tacticade or Deltacade kit on a Nerf Stockade or Barricade.  Remember to install the cylinder when reassembling your blaster! 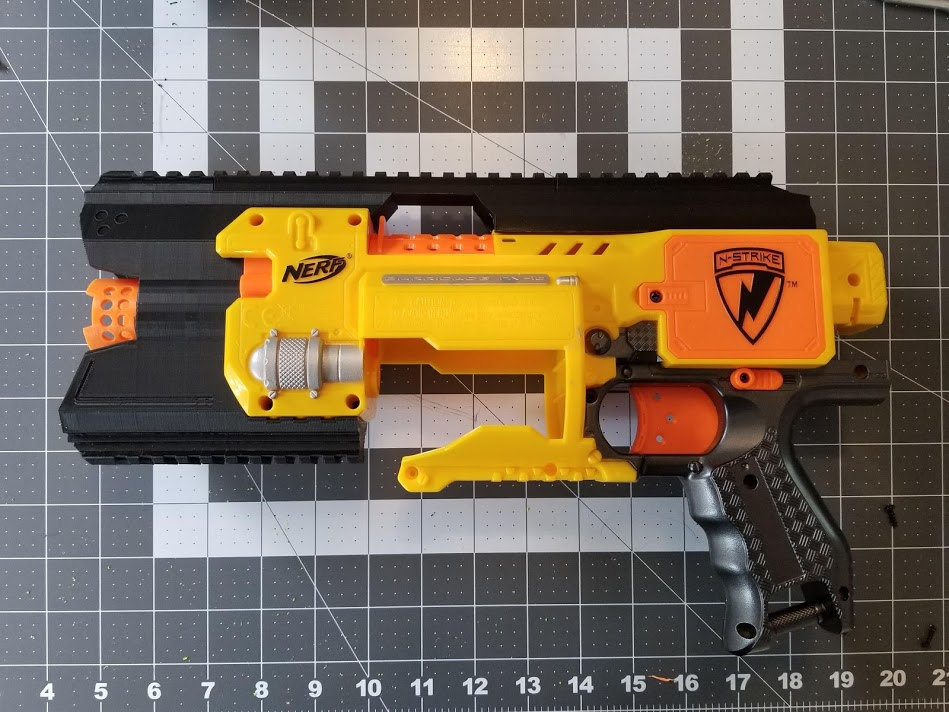 Previous Post Nerf Barricade and Stockade
0 items in your cart